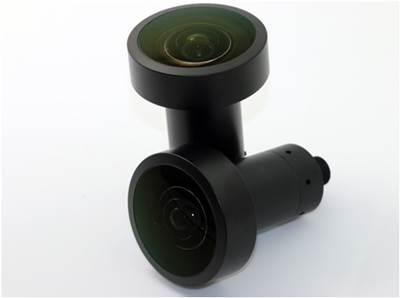 Fisheye lens is a short focal length (f = 6-16mm) camera lens with wide field of view (FOV of approximately 180°, could even be 270°). Front of the lens looks like a bulging Fisheye which it’s so called Fisheye lens. It’s a super- wide-angle imaging lens that can capture the image that ordinary lens incapable to capture.
Most commonly used lens are design to project straight line in every direction, while these lens has image distortion exists only around the screen and it’s relatively mild. However, distortion is an inherent characteristic for Fisheye lens. The image capture by Fisheye lens will have exaggerated distortion on the edges that is shown in an arc-shape. Unlike the ultra-wide-angle lens that loses light on all four corners, the main feature of the Fisheye lens is allowing screen brightness uniformity.

Based on the above characteristics, Fisheye lens can be used in many fields:

Shanghai Optics Production Capabilities:
Shanghai Optics’ lens design capabilities can cover spectrum from UV, visible, shortwave infrared, mid-wave infrared and long-wave infrared band. Our specialty is to customize according to customer’s requirement.  With many years of experience in optical components manufacturing and assemblies, we can provide complete optical solutions from design to assembly and testing. We have the capacity to easily scale with our customer’s needs whether it be prototypes or production volumes. 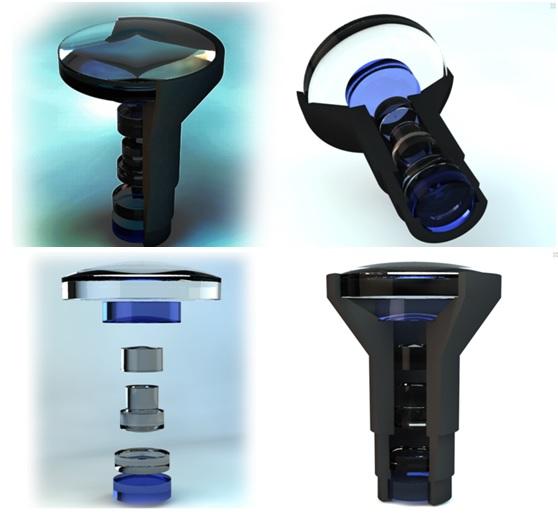 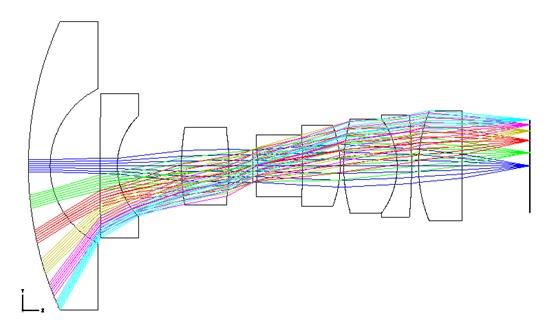 The picture above is a wide spectrum fisheye lens from SO. This lens has a visible spectrum with focal length of 1.2mm, F number of 2.8, and Field of view of 175°.

MTF curve for lens with 200lp/mm 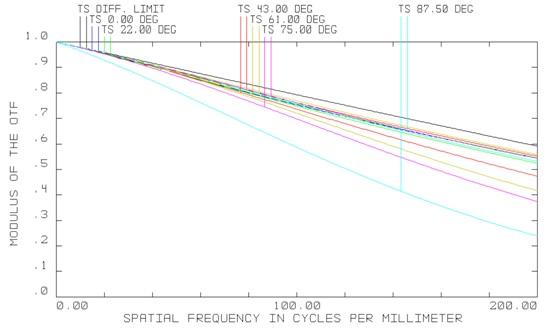 MTF curve for lens with 160lp/mm 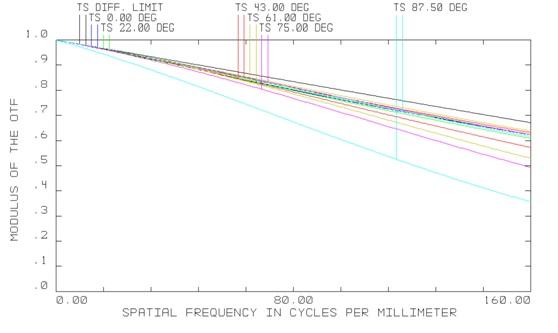 MTF curve for lens with 120lp/mm 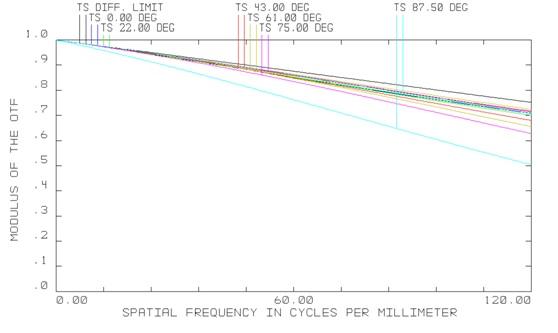 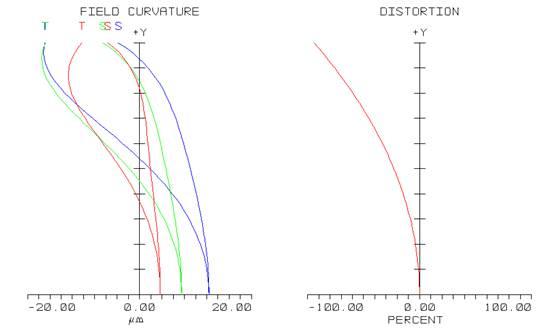 Distortion means the loss of similarity between the image and the object. This is mainly due to the image magnification changed after the enlargement of the FOV. According to aberration theoretical analysis, distortion is proportional to the FOV power of three. This is mainly depending on the action of the principal ray, which it only affects the similarity between image and the object, and it will not affect the image clarity. Distortion correction will affect the astigmatism and coma aberration correction, and the presence of distortion could appropriately improve the image uniformity, therefore distortion correction is not needed. 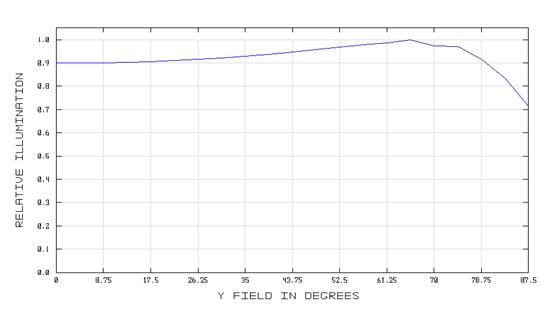 For Fisheye lens, because of the existence of aperture aberration, relative illumination on the edges is slightly higher than the center. Due to the need of aberration correction, when appropriately adjusting the vignetting can effectively improve the image quality, but at the same time will decrease the illumination on edges. As shown in the above image, the relative imagine of the image plane is higher than 90%, and the curve shows at least 0.9 and higher in the entire field of view. This indicates the image plane has very good illumination uniformity. 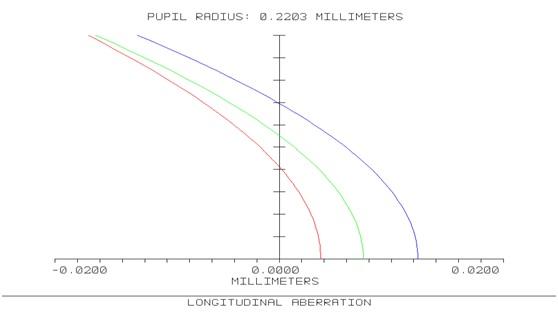 Chromatic aberration can be controlled within the range of 0.04mm, which the secondary spectrum is relatively small and can be meeting the needs of practical application. 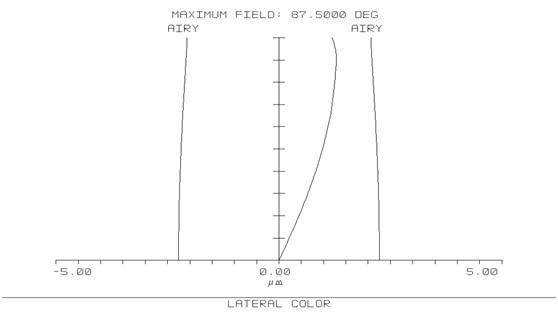 As show in the above image, the lateral color is within airy radius, and the chromatic aberration dispersion spot is within a pixel range. The lateral color value is relatively small in 0.9 FOV. To ensure the image quality in the central region, the lateral color should maintain at small value from 0.9 FOV to the whole FOV.
Fisheye lenses can be used for scientific research, military and civilian applications. Our team has excellent design capabilities that can provide prompt design service and high quality product to satisfy our customer.